5 Things You Need to Know About Acquiring a Business 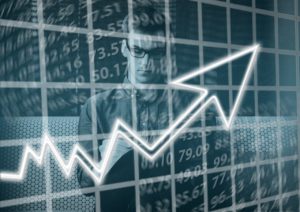 You can’t become a market leader through organic growth alone. Google has made more than 200 acquisitions in its 21 years, the first being just three years after it was incorporated. Those doing the math can see that that’s about 10 acquisitions a year. To get the speed and breadth needed for scale, even 200 percent year-on-year organic growth won’t cut it. The knowledge and capabilities that come with acquisitions dwarfs anything that can be done on your own.

In my company’s 10-year history, we have undergone seven M&As and are continually looking for new opportunities that fit our business goals. How we’ve made this work isn’t because of the usual tactics of due diligence and negotiating on price (though of course someone here was responsible for that). The decisions on who and when to acquire are based on much more personal and personable reasons. Here are my tips.

Get M&As into the DNA of your company

Before you start looking at and judging external companies, it’s time for some self-reflection. To get M&As right, it comes down to the DNA of not only the company you’re acquiring but also your own. If your DNA doesn’t support acquisitions, then any deal is likely to fail. My company made our first acquisition with a staff of seven. The company we acquired had 30 employees. To others, that may seem like a risky move and an easy way to lose control, but making your DNA support M&As is like training a muscle — the earlier you start, the stronger it becomes. Early M&As signal to your team that even great companies can’t do everything alone. If you build the muscle too late, your team won’t be as ready to accept others into your company.

Go after a good business, not a good deal

It might seem like semantics, but the difference between the two words is important. A good deal refers to the acquisition price, but when we talk about a good business, what we mean are the people and the culture. You can get what’s considered a good deal on paper, but in reality the culture of the acquired company does not fit your own and the likelihood of future success is zero to none. A successful acquisition goes beyond the Excel sheets and the revenue charts. Buying a company that’s a good deal isn’t wrong all the time (and is a step that my company has taken), but it’s important to be honest and upfront with yourself. Post-acquisition, you’re going to face challenges integrating the two companies into a single collaborative working unit.

Do due diligence with the people

Doing your financial due diligence is an obvious step in the acquisition process, but the most important and often overlooked step is to do due diligence with people. Spend time not only with the CEO but also with the wider team. Understand the company’s culture and learn how decisions are made. What’s the group intelligence of the business you’re acquiring? Find out how they dealt with and recovered from past failures. Did they learn from them or repeat them further down the line? Does it evolve, is it steady or declining? Talk to the people. Being personally interested and inquisitive about the people in the company. Spending time with the team, observing them and noting how they interact with one another will tell you more about the character of the business you’re acquiring than any additional meeting with the CEO will.

Get out of your comfort zone

Making yourself feel vulnerable is a hard step to take, but it’s a critical one. Meet people in their office as opposed to your own. Yes, you won’t have the home court advantage, but when you’re out of your comfort zone, you can better analyze how you feel about your potential new partners. If spending time with the target company doesn’t make you feel good, it’s a telltale sign that this is not a good business for you. I’ve personally walked away from good deals when spending time at the other company didn’t feel right to me. But it’s not just about spending time with the people. Taking the conversation away from the boardroom is critical. Spend leisure time with them, meet their families and see how they interact away from the office.

Be willing to pay up front

If you’ve done your due diligence, spent quality time with the target company and are still happy to move forward with the acquisition, the level of conviction should be so high at this point that you’re ready to give up on normal protection mechanisms like down payments and earn-outs. This is my company’s policy, and I feel strongly about paying everything up front on day one.

Of course this policy doesn’t work for every company, but I believe in true partnerships. You can’t build one while holding a gun to someone’s head and telling them to reac

Will this work in 100 percent of acquisitions? Probably not. Statistically you’re likely to make a mistake, just as you could make a mistake if you did enforce protection methods. Given that, I believe that the upside of the successful acquisitions with this approach far outweighs any upsides of going down the traditional route.h certain goals. Is it nontraditional? Yes. Could I get burned? Maybe. It is risky? No. By paying up front you’ve given your new partners the option to walk away, which means that if they’ve chosen to stay it’s for the right reasons. The first day after an acquisition is now like day one of a startup, working with people who are in it together.

When you’re buying another company — unless the acquisition is for a unique technology — what you’re really buying is the brains behind the operation. These are the people who love and believe in what they do and have made the company the success that it is today. It’s personal because it’s about your gut reaction. It’s personal because you all have to get along. If you wouldn’t sit in a coffee shop chatting about a new startup idea with these people, then the deal, no matter how good it sounds, is not for you.